The Nvidia Shield is one of the best TV set-top boxes out there for people looking for an entertainment and media platform. The Shield is specifically designed to deliver top-notch streaming for gaming, television, music and more. It’s the perfect set-up box for someone who can’t live without 4K HDR picture quality. As great as this TV box is, there is a way to further enhance your experience with Nvidia Shield: getting a new remote control.

The Nvidia Shield is compatible with a wide range of remotes that have a variety of different functions. Below we have selected three of the absolute best remote controls for Nvidia Shield that will make your browsing and your streaming even more convenient than it already is.

The standard remote made our list because it undeniably has a very unique design compared to other remote controls. To start off this remote only has a couple of buttons as it goes for a more minimalist approach. While most TV remotes have dozens of buttons, the Nvidia Shield Remote only has four. This makes it a fantastic choice for the TV viewer who only uses a small number of buttons. 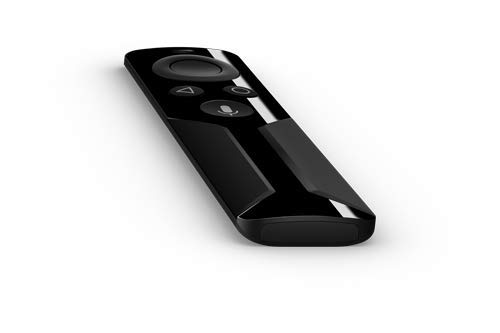 The Nvidia Shield Remote also comes with Bluetooth connectivity that allows it to connect to the Shield box itself. It also has a built-in microphone that you can use for Google Voice commands. You don’t often see this level of technology inside a mere TV remote control now, do you?

The visual design of the Nvidia Shield Remote is worth mentioning as well. It actually looks less like a TV remote and more like some of Nvidia’s other products like their lineup of GPU graphics cards. The same can be said about the Nvidia Shield box itself. 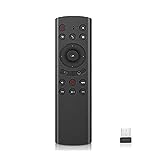 If you want something that is a lot more traditional then you’ll probably love the WeChip G20 remote. This remote control comes with 18 buttons instead of the usual four. As a result, it certainly looks more like your typical television remote control but there is a lot more under the surface that really makes the G20 shine.

For one thing, the WeChip G20 remote is not only compatible with Nvidia Shield but can actually be used with a very wide variety of other products. The G20 is compatible not only with TV boxes, Android projectors or Smart TVs but can also be used with tablets, phones, computers, and Raspberry Pi. You can get a lot of use out of this remote even if you only own two or three of these products. 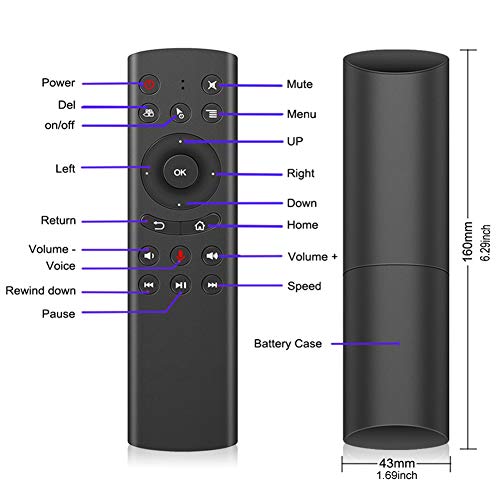 The WeChip G20 remote control also has a built-in microphone for voice control. This can be used with any application that supports it. There’s also a built-in gyroscope — a motion sensor technology for more accurate inputs when pointing the remote.

The G20 remote also has a low battery indicator that flashes at the top of the remote for you to know if there’s already a need to change the batteries. The indicator blinks red when your remote is at 10% or less so you’ll always be wary of when you need to switch out the batteries. 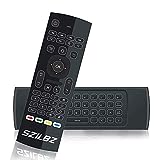 The final remote control on our list of the best replacement remotes for Nvidia Shield is the one that by far has the most amount of buttons – 83 to be exact! The SZILBZ MX3 Pro Mini Keyboard is one of the coolest remotes for the Nvidia Shield we’ve ever seen.

As the name implies, this is both a remote control and a keyboard. The front side of the MX3 has your standard remote control input layout. You have your power and volume buttons, rewind and fast forward, etc. On the backside of the remote is a QWERTY style keyboard. This mini keyboard is what makes this remote so fantastic. 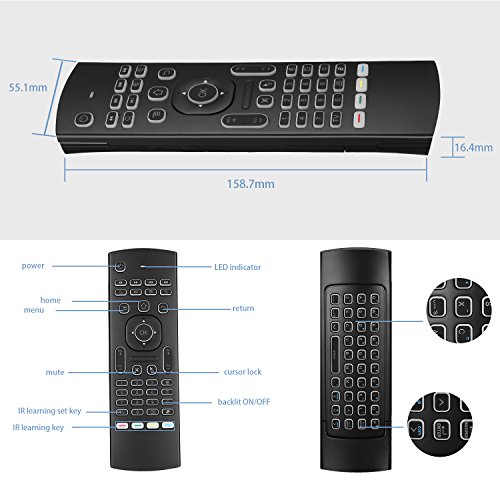 Let’s say you’re browsing Youtube or Netflix and want to type in the name of a video or a show you want to watch. With a standard remote you have to manually slide over from letter to letter using the on-screen keyboard. With the MX3 Pro Mini Keyboard, you can just flip over the remote and type in your request just like you would with a keyboard for a desktop computer or a laptop. We can’t overstate just how convenient this feature is.

If you don’t mind a lot of buttons, then the SZILBZ MX3 Pro Mini Keyboard could be the perfect Nvidia Shield remote for you.

Last update on 2021-01-17 at 20:13 / Affiliate links / Images from Amazon Product Advertising API. As an Amazon Associate I earn from qualifying purchases.