Today we’re going to take an in-depth comparative look at two of the hottest IPTV set-top boxes on the market right now. Both of them come from the well-respected BuzzTV: the XR4500 and its updated version the XRS4500. They have very similar sounding names but there are more differences than meets the eye.

Both boxes have good reputations and impressive specs, and while both would surely be great recommendations to anyone looking to upgrade their IPTV experience, you only need one. So, which one is truly the winner in this match-up?

Let’s take a finer look at the prices, specs, performance, and other details of BuzzTV’s XR4500 and XRS4500 and find out.

What is a BuzzTV Box?

TV boxes or set-top boxes are devices that plug into both your television and router that allow you to access online streaming content from a variety of content platforms. BuzzTV is a leading brand in this area and is well known for making devices such as the 4500 series that specialize in native IPTV support. They are often also referred to as IPTV boxes more generally. A great feature of the 4500 series IPTV boxes is that they are both capable of handling 4K at 60FPS with HDR. They also have native IPTV support for a wide variety of providers thanks to their usage of Android OS and their own IPTV app. There are also some key differences between the XR4500 and the XRS4500, so we’ll take a look at those in-depth details in the following section.

As mentioned previously, the XRS4500 is officially considered to be the successor of the XR4500. They have many similarities but a few key differences that need to be kept in mind in order to decide which one is not only superior but the better deal overall.

To make this simpler, let’s examine what the XR4500 and the XRS4500 do have in common. For starters, they both have identical CPU and GPU units, a 64-bit quad core and a G31 MP2 respectively. Both also use the Android OS 9.0 version. They have identical Wi-fi capabilities compatible with 2.4 Ghz, 5.0 Ghz and can use Bluetooth 4+.

Via a wired ethernet connection, both IPTV boxes can provide 1 Gbit/s speed, which is very impressive by set-top box standards. They also have identical remote controls. Both boxes support a wide variety of audio codecs such as MP3, FLAC and AAC. Additionally, they also support multiple languages including English, Italian, French, German, Spanish and more.

One of the most important aspects of these boxes is of course their resolution output. Fortunately, both the XR4500 and XRS4500 can output at 4K resolution at 60fps using an HDMI 2.1 cable.

It should also be mentioned that the XRS4500 is roughly $30 more expensive than the XR4500, an expected price for an upgraded version.

Overall, both machines exhibit some impressive technical specs for the price. They both cover what a high-quality IPTV box ought to, and the XRS4500 goes the extra mile with more RAM and storage. In theory, the RAM will allow for faster processing and loading of apps and functions, but soon we’re going to see if that turns out to be true in practice.

My first guess was that the XRS4500 was going to be slightly larger than the XR4500, primarily due to the increased storage capacity. However, to my surprise, both boxes seem to be identical when it comes to size dimensions and even weight as well. 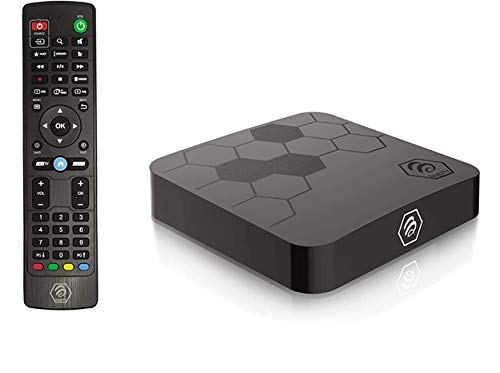 Like I mentioned in the previous sections, the XRS4500 uses an identical remote control to the XR4500, called the ARQ-100 remote. While some people would expect the remote control to also receive an upgrade, this is really not all that necessary.

The original control worked perfectly fine and was already fairly ergonomic and comfortable in the hand. It was already loaded with many different buttons, including four different customizable preset buttons and good quality buttons with snappy feedback.

Overall, both the XR4500, the XRS4500 and the ARQ-100 remote are fairly sturdy as far as plastic casings go. The input plugs on both boxes are placed strategically to limit cables from getting tied up with one another.

My only gripe with the overall design of both the XR4500 and the XRS4500 is that they both use an internal antenna rather than an external one. In my experience, IPTV boxes that use external antennae tend to offer better wi-fi stability, but let’s find out how both boxes really operate when it comes to internet connections.

Since the specs offered nothing to suggest otherwise, my theory was that both the XR4500 and the XRS4500 would offer identical performance with wi-fi connectivity. Through my experience with these boxes, I have every reason to believe that this suspicion was correct.

Both the XR4500 and the XRS4500 handle ethernet connections exceptionally well. Whatever your maximum bandwidth happens to be, these BuzzTV set-top boxes will be sure to handle it as long as it doesn’t exceed 1 Gbit/s. The ethernet functionality of these boxes is very impressive.

When it comes to wi-fi performance, things are not quite as good but they are still pretty satisfactory. While I never acquired the speeds I had while using ethernet, of course, the stability on the connection itself was still very solid.

The range and reliability of these internal antennae were better than I expected, even while streaming 4K content at 60fps. As long as your router isn’t too far away, you should expect to receive good connections, even while using wi-fi with either one of these boxes.

My hope for the XRS4500 would be that it would have considerably faster loading due to having double the RAM of the XR4500, but the truth of the matter is that it is only slightly faster. What I’ve noticed is that the XRS4500 has a boot up screen that is maybe one or two seconds faster and it is able to shuffle through apps, menus, and option layouts at a pace that is also slightly but noticeably faster than the speeds of the XR4500. There is also less jitter when shuffling through menus and it makes menu navigation look and feels a little smoother. It’s a nice little touch but is also merely a marginal upgrade at the most.

Is the XRS4500 faster than its predecessor? Yes, but only by a fraction. It wouldn’t be worth the higher price on its own, so it’s a good thing the XRS4500 has dozens of extra gigabytes of storage compared to the XR4500.

Anyone who has read prior reviews of the XR4500 knows that it can deliver some excellent picture quality. It handles 1080p really well, but the machine truly shines when 4K, 60fps and HDR are all enabled. That set-top box was capable of delivering impressive video quality and for all intents and purposes, the XRS4500 is just as good.

Because both machines use identical CPUs and GPUs, there really isn’t much of a difference in how they handle 4K. I was hoping that maybe the XRS4500 had a secret weapon up its sleeve that improved the picture quality but they really do provide identical video outputs. This is not necessarily a bad thing as they both can look excellent on the right TV, but it means that the XRS4500 is kind of useless to anyone who already owns an XR4500. The only upgrades the XRS4500 acquired was to the RAM and the storage quality.

One of the most important features of both machines is their native IPTV support. This is part of what makes BuzzTV’s 4500 series so popular among fans of IPTV streaming.

How to Add IPTV Channels on BuzzTV Box

Installing IPTV channels on a BuzzTV box is fairly simple. First, you will have to make some simple configurations with your box to make it compatible with IPTV channels.

First off, head into the Settings menu found on the main menu and then click on Server option. Add the Mac address of your BuzzTV device and register it in the field. Next, you have to add the Server URL you acquired from your IPTV service subscription, give it a name and then click on Connect. After a few moments, all of the channels provided to you by your IPTV service will load and you can select which one you want to watch.

At the end of the day, both the XR4500 and the XRS4500 are very similar devices. They both deliver great 4K and HDR output and are consistently reliable when it comes to wi-fi connections. The only true differences between them are the RAM and storage capacities. 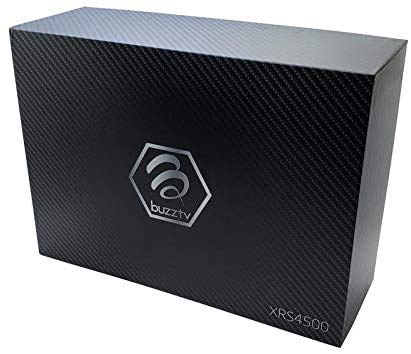 While I personally prefer the XRS4500, determining which one is right for you really all comes down to the extra storage as the slightly faster load times of the XRS4500 are not much of a selling point. If you’re the type of person who wants to record extra footage as much as possible then you will want to go for the XRS4500.

However, if you don’t care much for having more than 16 GB of storage or already have many spare micro SD cards lying around then you won’t see much of a point in spending the extra cash for the XRS4500 and can easily be satisfied by what the XR4500 has to offer.

Both devices are great set-top boxes without a doubt and function nearly identically when it comes to video output, internet performance and processing speeds. Simply pick the option that has the right amount of storage you need and you’ll be off to the races with one of the best IPTV boxes that has ever graced the market.

Last update on 2021-01-17 at 18:03 / Affiliate links / Images from Amazon Product Advertising API. As an Amazon Associate I earn from qualifying purchases.